Regular readers (hi Mom, and two or three others) will recall that Dave is a serious film buff, particularly in the genre of horror, and you can read his thoughts and reviews on the topic at his blog Bloody Terror. His most recent blog post, as of this posting, is actually about the PEI Art Scene, and quite thoughtful and touching.

Dave also does a regular monthly comic in the local PEI arts rag, The Buzz called And Yet I Blame Hollywood. When I include Dave in my comics, I try to draw him the way he appears in his own comic. At least, I started drawing him the way he used to draw himself. I think both of our styles have gradually drifted from the originals, as comic artists tend to let happen.

Anyway, Dave and I do things together IRL, and will often look at each other and say, "This would make a great comic!" 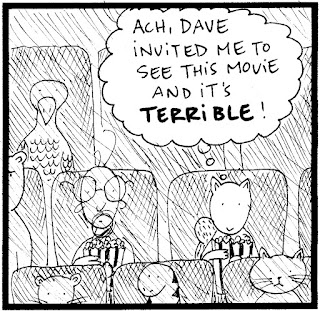 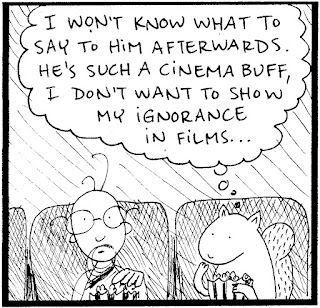 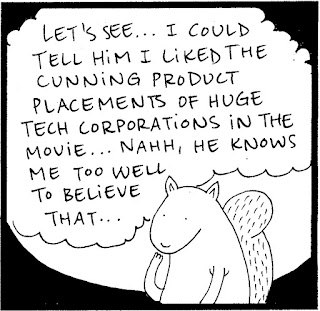 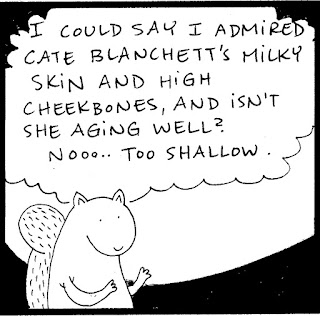 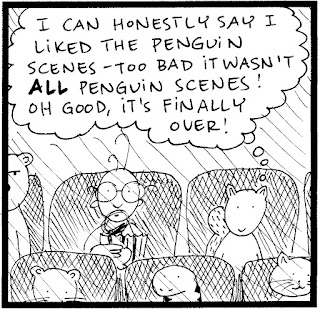 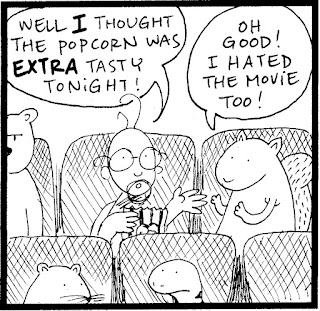