And yet I blame Hollywood - a tribute

Today's comic is based on, and dedicated to, the comic "And yet I blame Hollywood" by my dear friend, Dave Stewart. You can find it in the pages of The Buzz, PEI's monthly entertainment and current events paper. Dave also has a horror movie blog, Bloody Terror. And he recently edited a compilation of horror fiction, Fear from a Small Place.

Dave is not only a good friend, but the guy who helped get me started in the comics biz, so I like to thank him every now and then.

Dave is not only the guy who got me into comics, but a great cartoonist himself, and I loved his monthly Hollywood movie review comic even before I met him. I have long wanted to do a crossover tribute comic.

"Arrival" wasn't a bad movie. In fact, it was a pretty good movie. Lots of reviewers I admire said it was the best movie of 2016. But it really did "borrow" a great deal from "Slaughterhouse Five", and I can't believe it was a coincidence, and to not acknowledge that, well, I think it was a pretty Hollywoody move. Also, the movie, in general, had a lot of Hollywoody, big budget elements. I rewatched the incredibly humble, low-budget film adaptation of "Slaughterhouse Five" after watching "Arrival" and still adored it.

Anyway, this one's for Dave. And Kurt Vonnegut Jr. 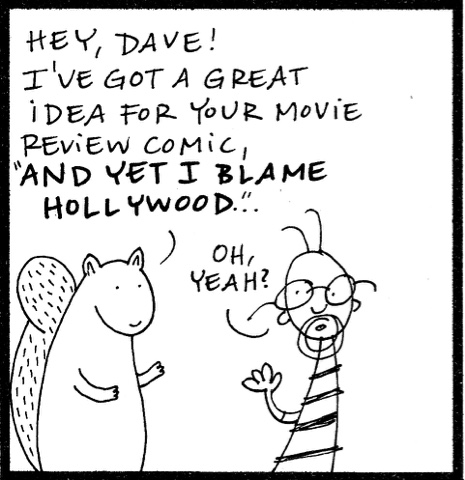 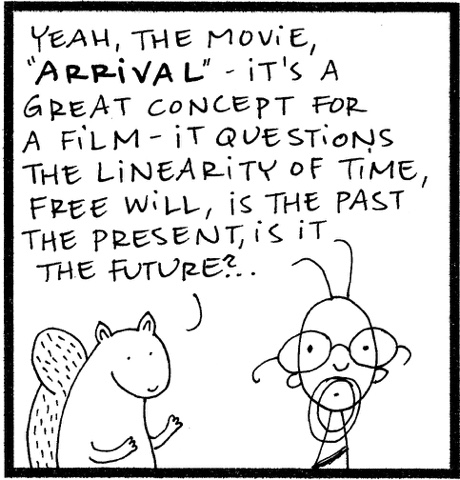 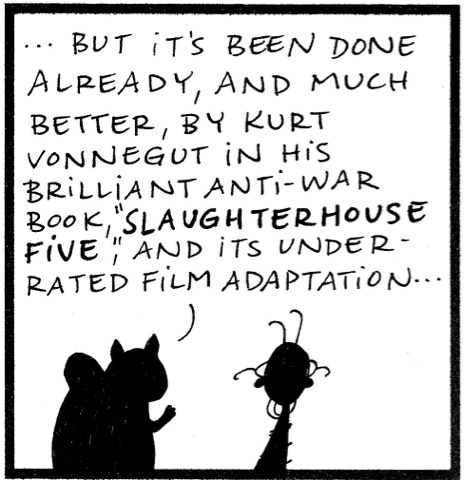 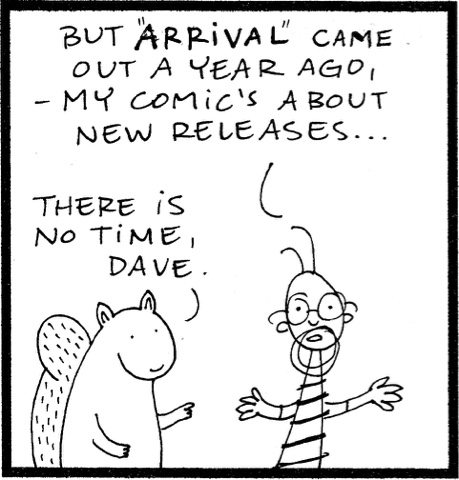 Oops, I did it again!
I thought of this comic weeks ago, then I posted it today, and then I went for a jog and thought of a better ending. Oh well. Think of it as a "choose your own adventure" and pick your favourite ending! 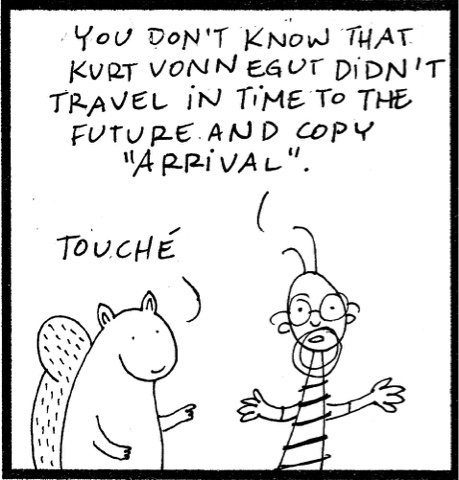